The last exhibition of the year at Mesta is by Mikhail Shubin, an amateur artist based here in Herttoniemi. His exhibition consists of colourful hand drawn Tarot  cards.

It’s worth taking a closer look at each card. You can even purchase your own deck (30 e) by contacting Mikhail directly! 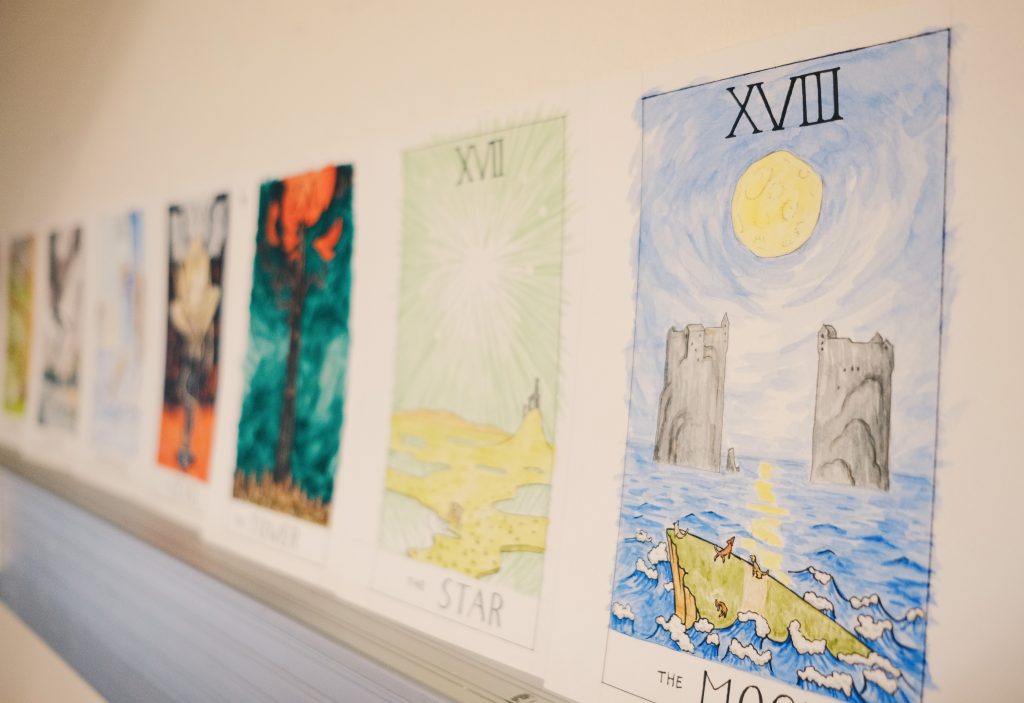 ”The origins of Tarot are debated. They were probably designed in  15th century Milan as an education game, illustrating the philosophical principles of mediaeval christian life. Clergy (pope and popess) triumph over civil rulers (emperor and emperors), virtues (Prudence, Justice and Strength) triumph over mundane things, and final judgement triumphs over everything. Around the 18th century, Tarot was appropriated for divination and fortune-telling.” 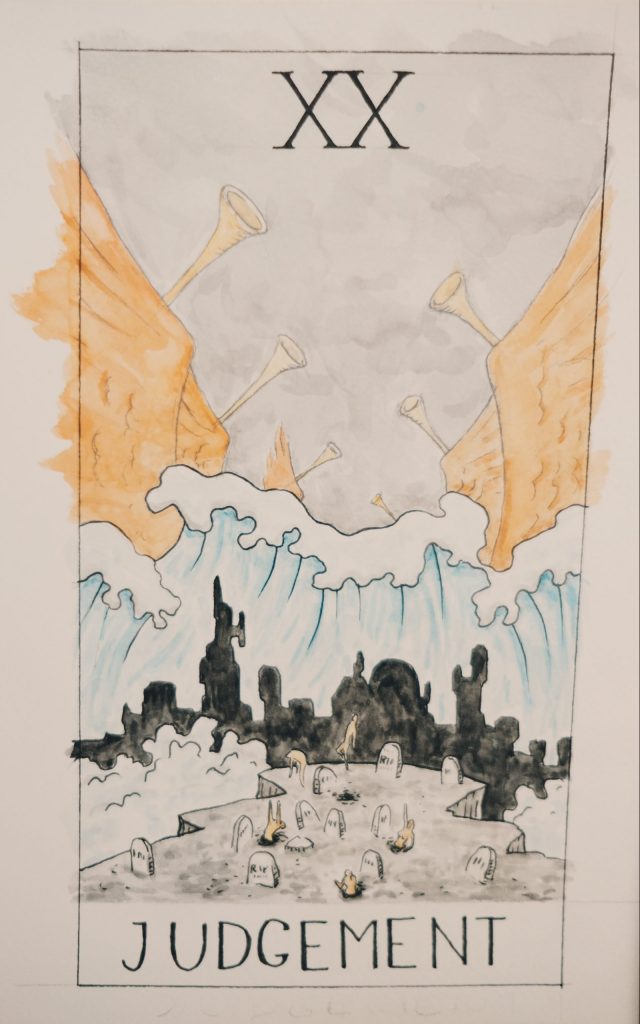 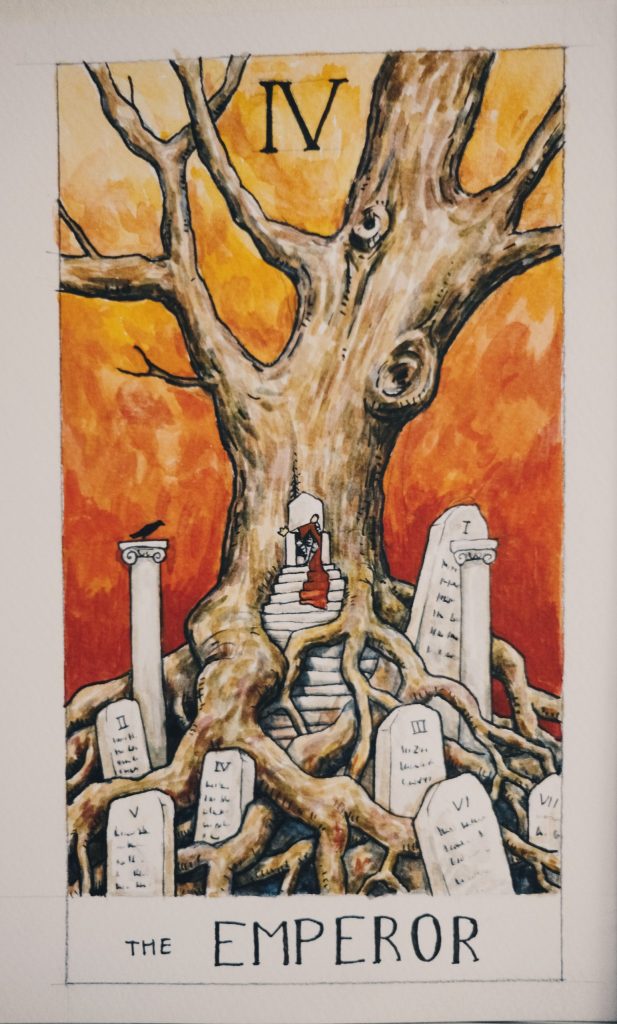 ”For me, Tarot is an artistic challenge, a way to express myself in the same constraints as many  before me. My desk is based on the most recognizable version of the Tarot made by British Art Nouveau illustrator Pamela Colman Smith for a secret society called ”Hermetic Order of the Golden Dawn” in 1909.” 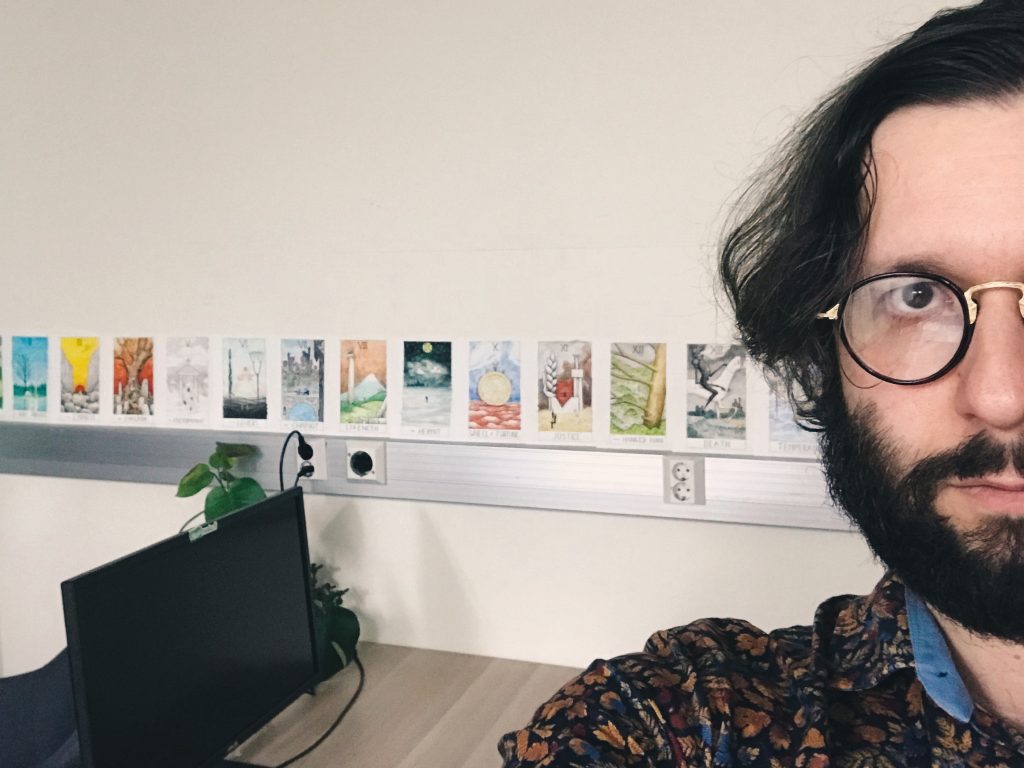 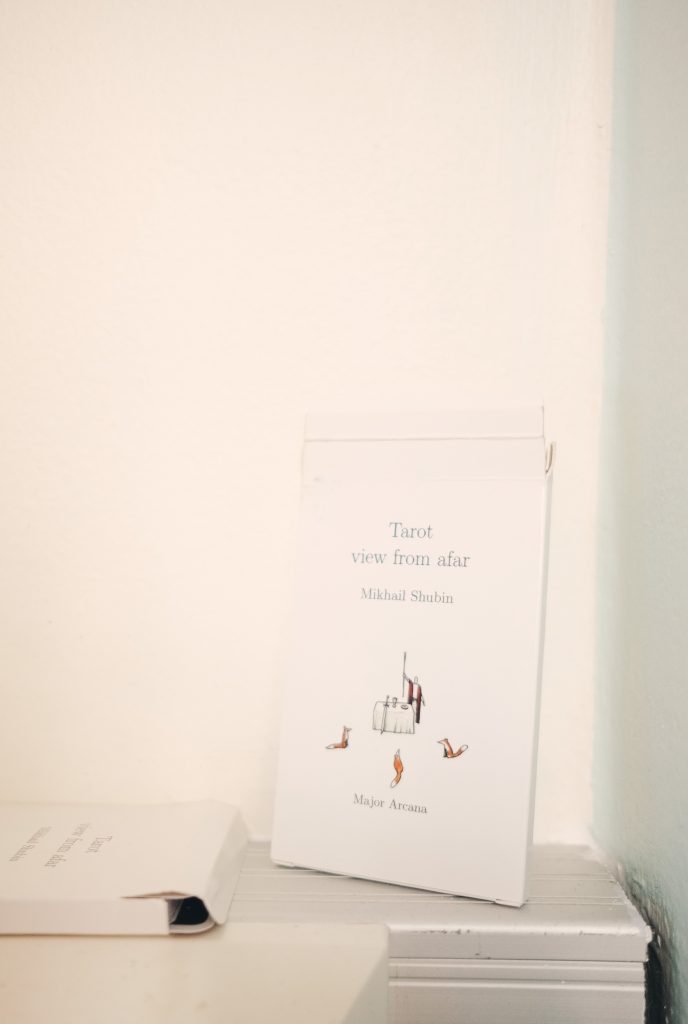 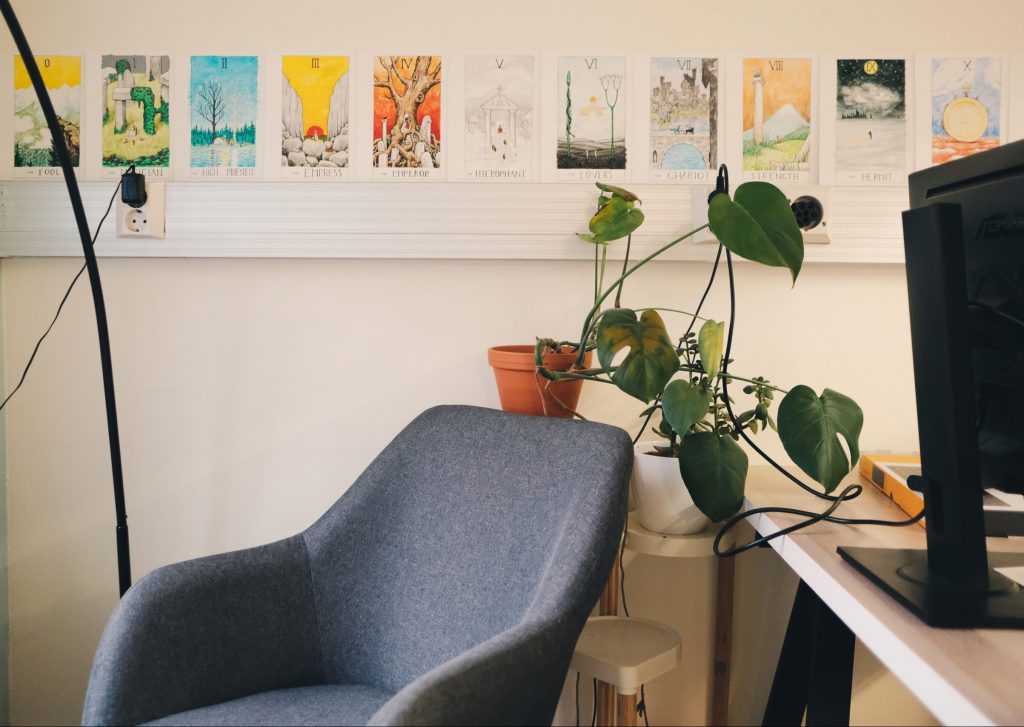 Mikhail Shubin is an amateur artist based in Herttoniemi.

This website uses cookies to improve your experience while you navigate through the website. Out of these, the cookies that are categorized as necessary are stored on your browser as they are essential for the working of basic functionalities of the website. We also use third-party cookies that help us analyze and understand how you use this website. These cookies will be stored in your browser only with your consent. You also have the option to opt-out of these cookies. But opting out of some of these cookies may affect your browsing experience.
Necessary Always Enabled
Necessary cookies are absolutely essential for the website to function properly. These cookies ensure basic functionalities and security features of the website, anonymously.
Functional
Functional cookies help to perform certain functionalities like sharing the content of the website on social media platforms, collect feedbacks, and other third-party features.
Performance
Performance cookies are used to understand and analyze the key performance indexes of the website which helps in delivering a better user experience for the visitors.
Analytics
Analytical cookies are used to understand how visitors interact with the website. These cookies help provide information on metrics the number of visitors, bounce rate, traffic source, etc.
Advertisement
Advertisement cookies are used to provide visitors with relevant ads and marketing campaigns. These cookies track visitors across websites and collect information to provide customized ads.
Others
Other uncategorized cookies are those that are being analyzed and have not been classified into a category as yet.
SAVE & ACCEPT